So last week I was talking about Skimbo Mr. Lion and his daughter whom he is duping the beans while the daughter is willingly giving the offerings all in the name of money. I was left wondering kuti why people vasingatanhi dzavanosvikira. Today I want to travel across town to the other end. Zvikanetsa ndoenda kuBeitbridge because that is the same road yekuenda kubridge uko.

I am told somewhere out there is a woman who is employed at this building where they give you your money which you would have either given them to keep for you or someone would have sent it to you. Haaah…the explanation is a bit difficult. Zakanana nekuti uri kuda kuudza munhu kuti sekuru vamai vatete vamainini vanhingi. But all the same you heard me. You can choose to call that person a cashier, a teller or banker the choice is open for you. The way the clarification is difficult to articulate is the same way it’s problematic to comprehend how this banker is wired.

The best way is to rip her apart and reassemble her again. Mira ndimbozviita. Those into movies are familiar with Ben Stiller, the actor, script writer, film producer who owns a car wash. This article is a Ben Stiller production. Unfortunately, the problem with guys who have big names but work behind the scenes is that they are usually hot-spotted by the smallest fish in the ocean. Musara…mba guys I know it ini.

So, HOTH is told there is a married main actress in the Ben Stiller-produced movie who works at the Commercial Bitches of Zimbabwe. Unfortunately, the acronym sounds similar to that of our esteemed commercial bank-the CBZ. The good thing is that both institutions deal with money, unsolicited charges and own Automated Telling Machines (ATM) which are either attached to the wall or the mobile ones which are attached somewhere on a human body. If you know you, you know.Someone was whispering to HOTH in a very muffled voice.

Engineer!!! Secondary!!! Whatever that meant.I heard the two love birds were enjoying every bit of their lives after draining their energies during the love-manufacturing session. Ko iye Mugoni wepwere ndeasinayo. Pavakangoti godi godi pamugoni dhuma dhuma with another cheating couple riding on a motorcycle. Ko vese vanga vakabatwa zve and before they knew it…twabamu!!! The unfortunate couple was crushed to death.

Zacc muriko here uko? I hope you won’t say HOTH never gave you a tip off. The two had to pay their way out of the mess and those entrusted with upholding the supreme law of the country hanzi vakananzviswa, and the matter was swept under the carpet. Mr Ben Stiller…is this episode included in your script?

Your wife is behaving like those thigh traders, drinking and merry-making with her boyfriend and driving dangerously.The two took care of the funeral expenses of the two other cheating couples. Did you use your money from the Commercial Bitches of Zimbabwe or you took some of the proceeds of Mr. Ben Stiller’s latest film production?By the way who is Engineer Erisha, Elisha or Eliezer?

Just hold your horses guys, fasten your seat belts and keep reading the following instalment because we are about to embark on serious exposing journey. This is just breaking news, but next week I will give you finer details about the married CBZ woman and her boyfriend who calls himself Engineer. Inga nhasi Tafara. I will also top off the other scribes. I feel this one need to be exposed. We can’t let such corruption go unabated. Ko Subscriber Identification Module (SIM) uriko here? Asi mpfanha ka kkkkkk ini zii hangu semunhu mukuru anomwa sting.

Until I catch you on the other side, keeping the fire burning. CIAO 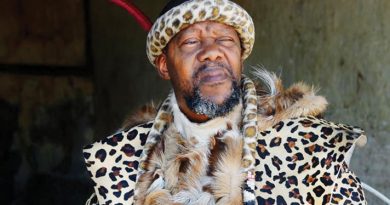