“I [Daniel] saw in my vision by night, and behold, the four winds of heaven were stirring up the great sea. And four great beasts came up out of the sea, different from one another. The first was like a lion and had eagles’ wings. Then as I looked its wings were plucked off, and it was lifted up from the ground and made to stand upon two feet like a man; and the mind of a man was given to it. And behold, another beast, a second one, like a bear. It was raised on one side; it had three ribs in its mouth between its teeth; and it was told, ‘Arise, devour much flesh.’ After this I looked, and behold, another, like a leopard, with four wings of a bird on its back; and the beast had four heads; and dominion was given to it. After this I saw in the night visions, and behold, a fourth beast, terrifying and dreadful and exceedingly strong; and it had great iron teeth; it devoured and broke in pieces, and stamped the residue with its feet. It was different from all the beasts that were before it; and it had ten horns. I considered the horns, and behold, there came up among them another horn, a little one, before which three of the first horns were plucked up by the roots; and behold, in this horn were eyes like the eyes of a man, and a mouth speaking great things. As I looked, thrones were placed and one that was ancient of days took his seat; his clothing was white as snow, and the hair of his head like pure wool; his throne was fiery flames, its wheels were burning fire. A stream of fire issued and came forth from before him; a thousand thousands served him, and ten thousand times ten thousand stood before him; the court sat in judgement, and the books were opened. I looked then because of the sound of the great words which the horn was speaking. And as I looked, the beast was slain, and its body destroyed and given over to be burnt with fire. As for the rest of the beasts, their dominion was taken away, but their lives were prolonged for a season and a time. I saw in the night visions, and behold, with the clouds of heaven there came one like a son of man, and he came to the Ancient of Days and was presented before him. And to him was given dominion and glory and kingdom, that all peoples, nations, and languages should serve him; his dominion is an everlasting dominion, which shall not pass away, and his kingdom one that shall not be destroyed.”

R/. Sing praise to him and highly exalt him for ever.

Bless the Lord, mountains and hills,
sing praise to him and highly exalt him for ever. R/.

Bless the Lord, all things that grow on the earth,
sing praise to him and highly exalt him for ever. R/.

Bless the Lord, you springs,
sing praise to him and highly exalt him for ever. R.

Bless the Lord, seas and rivers,
sing praise to him and highly exalt him for ever. R.

Bless the Lord, you whales and all creatures
that move in the waters,
sing praise to him and highly exalt him for ever. R.

Bless the Lord, all birds of the air,
sing praise to him and highly exalt him for ever. R.

Bless the Lord, all beasts and cattle,
sing praise to him and highly exalt him for ever. R.

Alleluia.
Look up and raise your heads, because your redemption is drawing near.
Alleluia.

At that time: Jesus told his disciples a parable: “Look at the fig tree, and all the trees; as soon as they come out in leaf, you see for yourselves and know that the summer is already near. So also, when you see these things taking place, you know that the kingdom of God is near. Truly, I say to you, this generation will not pass away till all has taken place. Heaven and earth will pass away, but my words will not pass away.”

The Gospel of the Lord.
REFLECTION: RELYING UPON THE WORD OF GOD

As we approach the final days of this liturgical year, we continue to read about the end of the world. Today we read that both Heaven and earth, as they currently are, will pass away. This is worth pondering.

We know that life is full of change. It has been said that the one thing that never changes is change itself. Everything else changes. But when it comes to earth, it is hard to believe that it will one day “pass away.” Some scientists believe that the earth has existed for over four and a half billion years. That’s a long time! Now consider the fact that Jesus prophesied the end of this earth as we know it today. When will it happen? Only God knows.

Heaven, as it exists today, is also prophesied by our Lord to pass away. Heaven, as it is right now, is a pure spiritual reality in which the only corporeal bodies present are those of Jesus and our Blessed Mother. The rest of Heaven consists of the Divine Essence, the souls of those who have been redeemed and the angels of God. But if Heaven even passes away, what awaits?

First of all, the only reason that these two realities, Heaven and earth, will pass away in their current form is because, at the Final Judgment, there will be a “New Heavens and a New Earth,” as spoken of in the Book of Revelation. At that time, Heaven and earth will be united as one, and this new creation will exist for eternity.

But is there anything that is currently eternal? Anything that will never experience change? We humans will be changed at the resurrection of the dead, the angels will encounter a new home, so to speak, and God will establish a new and permanent Kingship. But, according to Jesus’ teaching today, the one thing that will remain are His words: “…my words will not pass away.” Again, this is worth pondering.

In a world filled with change and uncertainty, we need some form of stability. And that stability is the Truth found in the Word of God. The Word of God, as revealed to us through the Scriptures, must become our rock foundation upon which our whole lives are built and exist. Pondering, praying with, meditating on, and believing the Word of God enables us to stand on firm and unchanging spiritual ground as we go through the change of this life and even the changes that will come at the end of time. Though this may seem somewhat mysterious in nature, it is a helpful truth to understand and believe. Everything will pass away except Jesus’ words. Thus, the most secure thing we can do in life is to cling to His words and never let go.

Reflect, today, upon the importance of truly immersing yourself in the Word of God. How much time do you spend each week reading it, praying with it and allowing it to become your daily food? The Word of God is not simply a book of teachings meant to inspire you or guide you. The Word of God is a Living Word. It is God in His unchangeable form. God, in His essence, will never change, and engaging Him through the revelation of His written Word is one essential way by which you will be able to experience true stability in life and prepare for each and every change to come until the final order of life is permanently established.

PRAYER:
My Eternal Word, You are unchanging and eternal. You are the rock foundation upon which I must always rely. As I continue to experience the many changes encountered in this life, please enter my soul through Your written Word, so that I will find the stability I need. As I stand firm in You, I look forward with joy to the New Heavens and New Earth that await. Jesus, I trust in You. 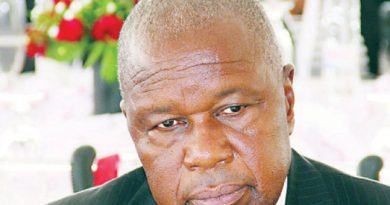 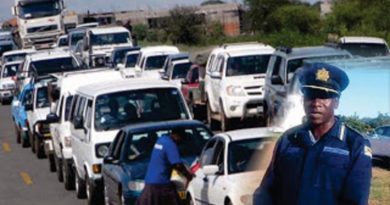 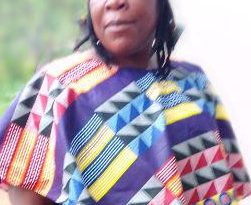