In those days: The Spirit of the Lord came upon Jephthah, and he passed through Gilead and Manasseh, and passed on to Mizpah of Gilead, and from Mizpah of Gilead he passed on to the Ammonites. And Jephthah made a vow to the Lord, and said, “If you will give the Ammonites into my hand, then whoever comes forth from the doors of my house to meet me, when I return victorious from the Ammonites, shall be the Lord’s, and I will offer him up for a burnt offering.” So Jephthah crossed over to the Ammonites to fight against them; and the Lord gave them into his hand. And he struck them from Aroer to the neighbourhood of Minnith, twenty cities, and as far as Abel-keramim, with a very great slaughter. So the Ammonites were subdued before the sons of Israel. Then Jephthah came to his home at Mizpah; and behold, his daughter came out to meet him with timbrels and with dances; she was his only child; beside her he had neither son nor daughter. And when he saw her, he tore his clothes, and said, “Alas, my daughter! you have brought me very low, and you have become the cause of great trouble to me; for I have opened my mouth to the Lord, and I cannot take back my vow.” And she said to him, “My father, if you have opened your mouth to the Lord, do to me according to what has gone forth from your mouth, now that the Lord has avenged you on your enemies, on the Ammonites.” And she said to her father, “Let this thing be done for me; let me alone two months, that I may go and wander on the mountains, and bewail my virginity, I and my companions.” And he said, “Go.” And he sent her away for two months; and she departed, she and her companions, and bewailed her virginity upon the mountains. And at the end of two months, she returned to her father, who did with her according to his vow which he had made.

Blessed the man who has placed
his trust in the Lord,
and has not gone over to the proud
who follow false gods. R.

You delight not in sacrifice and offerings,
but in an open ear.
You do not ask for holocaust and victim.
Then I said, “See, I have come.” R.

In the scroll of the book it stands written of me:
“I delight to do your will, O my God;
your instruction lies deep within me.” R.

Your justice I have proclaimed
in the great assembly.
My lips I have not sealed;
you know it, O Lord. R.

Alleluia.
Today, harden not your hearts, but listen to the voice of the Lord.
Alleluia.

At that time: Again Jesus spoke to the chief priests and the elders of the people in parables, saying, “The kingdom of heaven may be compared to a king who gave a marriage feast for his son, and sent his servants to call those who were invited to the marriage feast; but they would not come. Again he sent other servants, saying, ‘Tell those who are invited, Behold, I have made ready my dinner, my oxen and my fat calves are killed, and
everything is ready; come to the marriage feast.’ But they made light of it and went off, one to his farm, another to his business, while the rest seized his servants, treated them shamefully, and killed them. The king was angry, and he sent his troops and destroyed those murderers and burnt their city. “Then he said to his servants, ‘The wedding is ready, but those invited were not worthy. Go therefore to the streets, and invite to the marriage feast as many as you find.’ And those servants went out into the streets and gathered all whom they found, both bad and good; so the wedding hall was filled with guests. “But when the king came in to look at the guests, he saw there a man who had no wedding garment; and he said to him, ‘Friend, how did you get in here without a wedding garment?’ And he was speechless. Then the king said to the attendants, ‘Bind him hand and foot, and cast him into the outer darkness, where there will be weeping and quashing of teeth.’ For many are called, but few are chosen.”

The Gospel of the Lord.

REFLECTION: An Invitation From the Father
August 19, 2021

“The Kingdom of heaven may be likened to a king who gave a wedding feast for his son. He dispatched his servants to summon the invited guests to the feast, but they refused to come.” (Matthew 22:2–3)

The king in this parable is God the Father, and the wedding is the marriage between Christ and the Church. The Father invites each one of us to be a member of the Church and to enter into divine union with His Son Jesus, thus entering into the life of the Holy Trinity. But we see right away in the parable that the invited guests “refused to come.” As the parable goes on, the king tried even harder to invite the guests, but they all responded in one of two ways. “Some ignored the invitation and went away…” and “The rest laid hold of his servants, mistreated them, and killed them.” Clearly, this was not the response hoped for by the generous king.

We see in these two responses two levels of rejection of the Gospel that are present in our world today, just as it was at the time of Jesus. The first level of rejection is indifference. Many people are very busy today. We easily become occupied with many things that matter little in the end. Many are consumed by their smartphones, computers and tablets. Many spend countless hours watching television. Others become workaholics, spending most of their time at their occupation and leaving little time for that which is most important, such as family, prayer and service. As a result, it is very easy to become indifferent to the matters of faith and easy to fail to pray every day so as to seek out and fulfill God’s will. This indifference is quite serious.

There is also a rejection of the faith in our world through a growing hostility toward the Church and morality. There are many ways in which the secular world continues to promote a culture that is contrary to the Gospel. And when Christians speak out and oppose these new cultural tendencies, they are condemned and often characterized as being prejudiced or judgmental. Such malice was displayed by the guests in this parable who “laid hold of his servants, mistreated them, and killed them.” Hostility toward the Church, the faith and clear moral principles laid down by God appears to be growing every year. This form of rejection of the Gospel is even more damaging than the simple indifference mentioned above. In this parable for today, Jesus says that in response to those who were indifferent and hostile, the king “sent his troops, destroyed those murderers, and burned their city.”
https://youtu.be/5vfwxe7jQRg

This parable should not be read in such a way that we look at others and condemn them as if we were the king and had the right to do so. We do not have that right. Only God does. Instead, this parable should be read from the perspective of your own life. Hopefully you are not one of those who are hostile to the Gospel. But perhaps you and many other Christians struggle with the first form of rejection: indifference. We can easily become indifferent in many various ways and on many different levels. The opposite of being indifferent is to care and to care deeply about going to the wedding feast when invited.

PRAYER:
My inviting Lord, You desire that all people fully accept the invitation You have given to become one with You through spiritual marriage. You call us to the glorious Wedding Feast and eternal rejoicing. May I never be indifferent to Your invitation and always make my response with all my heart. I love You, dear Lord. Help me to love You all the more. Jesus, I trust in You. 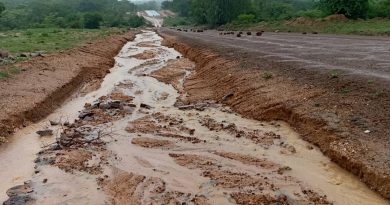