Chiredzi – A farm worker bathing along a stream in Mkwasine on Sunday stumbled into a rotting corpse buried in a shallow grave with part of the hands and knees protruding out.

The corpse was discovered by Peter Kumbirai at Farm 378, Phase 2 Chingeya. Although a report was made to Police on Sunday, it is understood that cops only managed to come on Monday.

Sources told The Mirror that it was discovered that this was the body of a 15-year-old girl whose lips were cut off and there was a deep cut on one of the cheeks.

Masvingo Police Provincial Spokesperson Inspector Kudakwashe Dehwa said he was yet to receive the report.

Sources said Kumbirai was alerted to the body by the strong stench.

“We exhumed the body which was at an advanced stage of decomposition. It had no lips and had a deep cut in one of the cheeks,” said a source.

There is suspicion that body was buried alive.

Meanwhile murder cases are on the increase in Chiredzi. Two months ago a man was found murdered near Marinda Court and another decomposing body was found near Nandi Railway Station during that same week. https://masvingomirror.com

I have not been recalled by the party – Beitbridge mayor 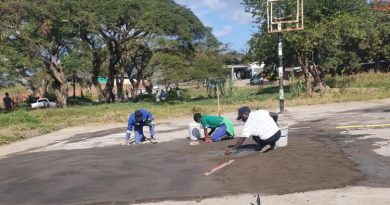