The AfDB president met President Mnangagwa at State House in Harare yesterday where he formally informed him that he had accepted a role to champion the debt and arrears clearance process because the region and the continent needed a stronger Zimbabwe.

The AfDB president said Zimbabwe and its people have continued to suffer through economic challenges faced by the country and the bank had decided to lend a helping hand as a reliable partner to the country, which is a shareholder of the bank.

Zimbabwe paid US$9,6 million towards its general capital increase obligations for the 6th and is on course to full obligations under the 7th General Capital Increase expectations in line with provisions governing the bank.

“It is my duty to do so, as we have 54 member states in Africa and Zimbabwe is one of those. So, if one of them hurts, all the parts of the system begin to hurt,” Dr Adesina said.

According to the AfDB, Zimbabwe has continued to make token payments of about US$700 000 each quarter to service some of the outstanding debt with the regional banking group, the World Bank, and other lenders.

The country owes external lenders US$14,4 billion in principal debt and arrears.

“I really believe that we need to reinvigorate, re-dynamise the economy here because it is critical for the SADC region and also in the conversation of AfCFTA,” Dr Adesina added.

Zimbabwe has been making token payments to all the foreign financiers it owes among them the Paris Club, which has 17 members, the World Bank and the AfDB.

“We are making token payments to the 17 members of the Paris Club, this means that we are now servicing all our creditors, and payments are being made quarterly for the past 12 months.”

On his part, Minister Ncube said the country is willing to continue with its housekeeping issues in order to make sure efforts to clear its debts pay desired dividends and give the economy a new direction and a new lease of life.

“While key strategies for the implementation of the National Development Strategy 1 (NDS1) are underway, the overall strategy is the clearance of arrears. But what needs to be done is to implement the full debt arrears clearance strategy.

“We have to continue with the reforms we have started and make sure that they are completed. At one time civil servants were not sure if they were going to be paid or if they would get bonuses, but we have now gone past that as they are now assured of when they’ll be paid.”

According to Minister Ncube, the bank is doing a lot more by supporting Zimbabwe through investment support in infrastructure, energy, health and agriculture sectors.

“The AfDB also recently set up a fund to support African countries (cushion themselves) from the effects of the Russia-Ukraine conflict and Zimbabwe might benefit (from a disbursement of) US$26 million after the bank’s board meeting this Friday.

In terms of reforms, Minister Ncube said Zimbabwe has introduced a new pension fund and moved away from the pay-as-you-go method. The pension fund is already investing in the economy as well.

“Government now has an internal audit arm which audits the Ministry of Finance and across all Government departments. This Government has also not used the Central Bank overdraft facility and will continue with these reforms.”

The president of the AfDB held meetings with development partners and the private sector in order to grasp the full picture of the situation in the country.

“I had meetings with all the developmental partners today (yesterday) and also the private sector through chief executive officers in order to understand and appreciate what needs to be done in order to get where we need to be,” said Dr Adesina.

In meetings with the private sector, the bank discussed ways to complement the Government’s infrastructure programmes as well as how they can access capital and increase foreign direct investment into the country.

The bank has supported the private sector with a US$25 million guarantee extended to CABS, which the institution repaid in record time.

“What we need to talk about is planning today in order to harvest later, and the question is, what are we doing to get funding when the debt fog has cleared.

Zimbabwe is presently ineligible to get loans from the IFIs due to its external debt, which prevented it from getting the Covid-19 induced debt relief funding, which was extended to many member countries including neighbours South Africa and Zambia.

“Zimbabwe has been a member of the IMF in good standing since it repaid arrears outstanding in late 2016. However, Zimbabwe has external arrears to multilateral development institutions (World Bank, AfDB, and EIB). As a general rule the IMF is prevented from lending to any member country that has arrears to other international financial institutions,” the IMF said in November 2021. Herald MP Nguluvhe appeals for an airport in Beitbridge 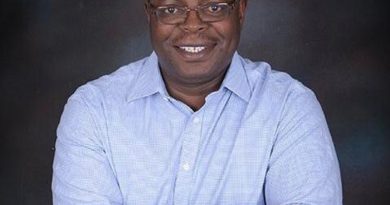