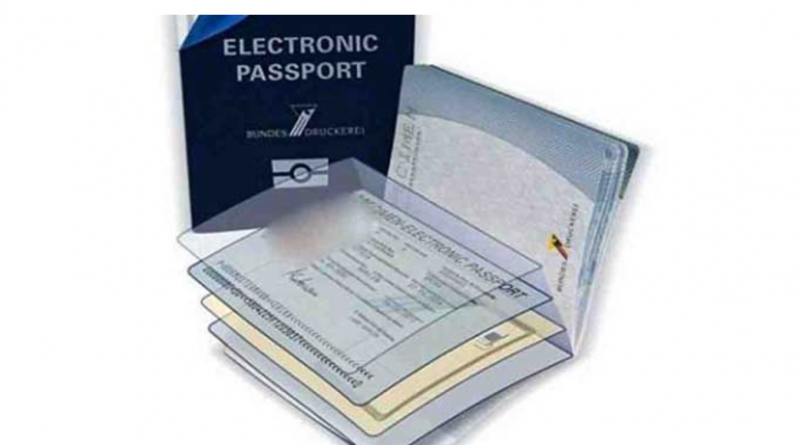 FROM next Monday e-passports that were launched by President Mnangagwa in December last year will be accepted as an official travel document at all ports of entry, the Civil Registry Department (CRD) has announced.

Issuance of electronic passports began on January 18 as the CRD took heed of the Government’s directive to smoothen the process of acquiring travel documents which hitherto was mired in corrupt tendencies and bureaucracy.

The launch of the e-passport and the state-of-the-art passport enrolment centre, is in line with the Government’s vision for a modern and digitalised economy.

Strategic investment in key areas of the digital economy is seen as a critical way of Zimbabwe keeping pace with the dynamic and technological environment.

Addressing the media yesterday, Acting Registrar-General, Mr Henry Machiri, said the roll-out of the travel documents has begun in earnest.

“The Ministry of Home Affairs and Cultural Heritage through the Civil Registry Department commenced issuance of electronic passports (e-passports) at Central Registry in Harare on January 18, 2022.

“Members of the public and all our valued stakeholders are therefore advised that the e-passport will be usable at all our ports of entry and exit with effect from Monday February 7, 2022.

“The nation will be kept informed on any further developments surrounding the ongoing implementation of the e-passport,” said Mr Machiri.

When he launched the e-passports, President Mnangagwa said the rolling out of the travel document dovetails with the National Development Strategy-1 objective of modernising the economy through the use of ICTs and digital technology.

The production of the e-passport ushered the country’s entry into the era of smart technology in travel and identification documents and conforms with the dictates of regional and international conventions, protocols and treaties that Zimbabwe is party to, particularly those relating to civil and travel documents.

The e-passport will be machine readable to eradicate counterfeits.

“Our people are set to benefit immensely with the introduction of the e-passport through the enhanced security standards at our ports of entry and exit,” President Mnangagwa said during the launch last year.

“The key features of the new e-passport include, among others, an electronic cover with a chip, a security thread fully embedded in the inner booklet pages, as well as unique pages of the passport, each chronicling a story about Zimbabwe’s rich cultural heritage and major tourist attractions.”

The enhanced security features are expected to boost authorities’ quest in fighting cross-border organised crimes and illegal migration and maintain the integrity of the country’s immigration system.

President Mnangagwa is on record saying the Government was committed to ensuring that every citizen has easy access to vital civil registration and travel documents.

He said he was alive to the challenges people had been experiencing in acquiring travel and other official documents, resulting in the accumulation of a huge backlog.

The implementation of the biometric system is now at full throttle and is expected to culminate in increased production of not just e-passports, but also national identity cards, birth certificates, entry visas as well as residence permits.

The era of long queues and corrupt tendencies in the issuance of vital civil registration documents is set to be eradicated by this system. Herald.

6 Chipinge women forced to open their legs for a ‘witch’