MASVINGO – In a shocking revelation, 1 446 tonnes of maize intended for the poor and grown under a welfare winter maize crop  supported by Tongaat Hullet and Government have gone missing in Chiredzi, a senior Zanu PF official has confirmed.
The winter crop is grown by Masvingo Province Development Trust (MDT) on 326 hectares of land to support the poor in the drought ravaged province. However instead of delivering the projected 2 632t of the irrigated crop to GMB, MDT only delivered 1 186t last month.
The remainder which is about 1 446t cannot be accounted for.
MDT chairperson who is also Deputy Minister of Public Service, Labour and Social Welfare, Lovemore Matuke confirmed the theft of maize but blamed it on surrounding communities that are affected by hunger. He also said the tonnage produced from the Tongaat fields was affected by power cuts.
Technocrats who spoke to The Mirror on condition of anonymity however, said the buck stops with Zanu PF and alleged that MDT is a looting vehicle used by ruling party elites to siphon resources from Government and Tongaat Hullet.
They said that the maize was not stolen by villagers but it was diverted by Zanu PF to its election ‘war chest’ where the grain is used to buy votes from hungry villagers.
The technocrats described MDT as a dubious organisation that has no office, no secretariat, no bank account and wondered how Government through the Command Agriculture does business with it. They also wondered how an international company like Tongaat  with sophisticated accounting systems transacted with it.
MDT vice chairperson Ailes Baloyi confirmed that MDT only existed in name but said it operates from the Minister of State for Masvingo’s office. He however referred further questions to Matuke.
“It is hard to imagine how Government transacts with an organisation that doesn’t even have auditors. This is criminal,” said a Zanu PF official who declined to be named.
The other members of the Trust are Patron of the Trust  Ezra Chadzamira who is the Zanu PF chairman for Masvingo Province, Ailes Baloyi is the deputy chairperson and Zanu PF vice chairperson for Masvingo Province,  Farai Mushayavanhu on the technical side and many members of ZANU PF provincial committee.
Under the winter crop arrangement MDT planted the maize in August 2019 and it was only harvested last month and then delivered to GMB.
The mystery of the missing maize came to light when agricultural experts noted a huge discrepancy between the projected and the actual output where almost 50% could not be accounted for.
The experts said that the crop was supposed to produce 8t per hectare but this year a mere 3,6t per hectare was realised. This, said the experts is shocking because it is far below what communal farmers realise without the use of technology, irrigation and fertilizers.
Matuke however said it is good that MDT managed to pay back costs landed to it by Tongaat Hulett and Government`s Command Agriculture.
He said each of the 26 constituencies in Masvingo will get 46 tonnes.
“We almost lost half of the total yield to thieves and we ended up putting security but it was too late. Stealing by surrounding communities was caused by the prevailing hunger as people tried to survive. We also experienced electricity cuts which limited irrigation activities since we were using overheard irrigation” said Matuke.
An agriculture extension officer based in Chiredzi said it’s quite surprising to hear that a well managed maize crop can yield 3,6 tonnes per hectare which is less than what communal farmers are getting without technology or many supporting inputs like fertilizers and chemicals. http://masvigomirror.com 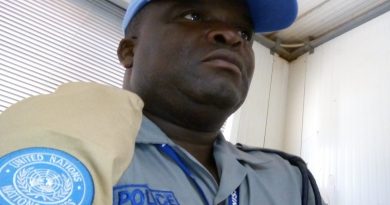 Gatecrashers at a Gweru birthday party kill host over meat